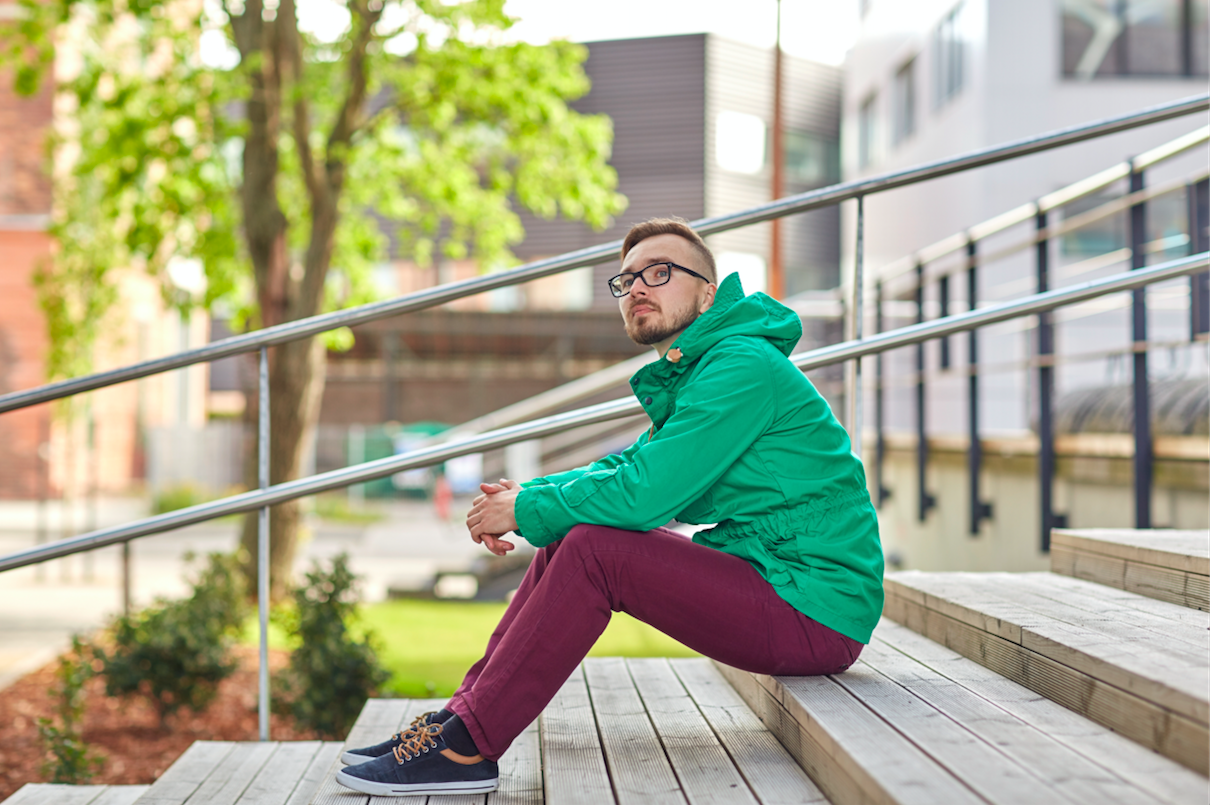 Remember the Iconic ‘Hope’ poster from the 2008 US election campaign?  Perfectly designed to mobilize and engage with the American electorate.

The creator of this masterpiece is Shepard Fairley who rose from the LA subcultures of skateboarding, street art and punk to start the creative agency Studio Number One (SNO). Through SNO Fairey’s purpose is to ‘extend his unique strain of innovative graphics, subversive self-promotion, and grassroots marketing to the world of advertising.’[1]

Spike was a BMX rider and started his creative career shooting photos (and later videos) of the bike craze during the late 80s/early 90’s – a period of innovation for both grass roots media and tricks alike.

So these two skated and rode little bikes back in the day but what’s the relevance to the world of advertising? Well, for one, look at who they now are – thought leaders at the top of their game. It’s well documented that these early passions helped forge and develop their respective careers in media land and the arts.

WAY OUTSIDE THE BOX… OR JUST A LITTLE?

Everyone seems to have ‘creative’ in their title these days, but it takes more than a Ned Kelly beard, Peaky Blinders haircut, sailor tattoo and soy latte to really innovate. I’m not having a go at the cool cats in town but the question does beg to be asked: Can you really innovate when you look and think the same as everyone else? Sure, many creatives think way outside the box but I’m betting if they’re after a certain image/status/look it may be restricting how far ‘outside the box’ they venture in their creative pursuits.

So what does it take to be truly unique and creative? Is it the ‘being aware of what’s hot’ OR is it collecting the wood and stoking the coals before anyone else even gets to the fire?

Perhaps the more enticing question is: How do we actually breed creativity? This question has been debated long and hard by great philosophers and artists throughout time but today let’s take the route of science, in particular our biology and how physical activity relates to creative activity.

Cognition is defined as:

‘The mental action or process of acquiring knowledge and understanding through thought, experience, and the senses’

‘A perception, sensation, idea, or intuition resulting from the process of cognition’[2]

Anyone who learns a skilled activity uses cognition (weather it’s a musical instrument or playing tennis). In relation to mainstream sports cognition has been described as:

The ability to make decisions whilst in the midst of high performance sporting competition (or the rate of Absorption of Information, at the same time as, Explosive Speed, Strength, and under Endurance Pressure)… Balance, Proprioception and Cognition are all aspects of the brain’s ability to perform at this high level whilst sitting on the shoulder of Speed, Power and Endurance.[3]

Lets think about Shepard and Spike back in the day or the current crop of young urban sport enthusiasts. Is it possible that skateboarding, BMX or any activity that acutely works on balance, proprioception and cognition may promote (even brighten) the creative sparks in the brain?

Consider the mundane functional architecture of a modern city. A safety handrail for example, designed to provide support when walking down steps or an industrial loading bay for the movement of goods. Designed and built for a singular utilitarian purpose. Shift perspective and a simple handrail can be used for a multitude of creative possibilities, reinvention, danger and excitement… to a skater or rider at least. That rail becomes the catalyst and potential breeding ground for a new trick. But that’s just the start. For these visions to become a reality it takes hours of dedication, cognition, balance, proprioception, courage, countless mistakes and (more than likely) a bunch of injuries.

Creative freedom, innovation and a sense of infinite possibility are fundamental to our industry. The individuals that excel in these areas are the ones that dare to – not just look outside the box – but jump out of it, heck, they might even throw the dam box away!

These creatives master all their faculties – even those they use outside the creative industry. Those that do it their way – life that is – are the ones that breed the new ideas, create the innovative products and (in the case of Jonze and Fairey) are highly esteemed.

Next time your out in the city and see a group of kids with bikes, boards and Go-Pro’s consider the creative cognition that is a’brewin in those bunnyhops and ollie’s. Perhaps even take a leaf out of their book and look at the world in a different way – take chances, experiment with moves, test your limits, make mistakes, jump back on, innovate and create.

Obviously not every skater will produce award winning movies and advertising campaigns but not every skater wants to. The point here is that it’s worth investigating and playing with other skills/tools/hobbies outside of our industry. The creative sparks that fly from cognitive diversity are totally worth it… at least it has been for Jonze and Fairey.

ContactAbility worked with Telstra to drive engagement and create the largest consumer lead generation campaign of its type in Australia. We identified potential consumers outside Telstra’s already established customer base and worked with them to improve their complex prospecting processes and accuracy of their leads. The results: 20% response rate, 500% return on investment. The campaign delivered 200,000 qualified prospects in 6 months. “Realising a return on investment of $5 for every $1 spent exceeded all Telstra’s expectations.” ADMA Award Book 2006.

Our objective for this campaign was to engage a very specific and (traditionally) difficult market to pinpoint. Additionally, the product St George wanted to introduce had very specific lending criteria. We used highly accurate and targeted list sources with intensive online and phone research to qualify and then filter prospects according to the briefing criteria. Using an intense focus approach and intelligent data meant that high value packs were sent to the right people and there was no returned mail. St George reported an increased response rate plus significant time and cost savings.

The Anglicare brief was to create innovative campaign ideas that would attract new donors to support their reputable community programs and services – the big challenge for any charity. After analysing previous prospect mailing results we put together a smarter customer acquisition strategy to charm the socks off best-match potential donors. Anglicare were so impressed with the results we continue to plan and optimise their campaigns today.

ContactAbility worked with Australia’s top stationery retailer to enliven its tired direct marketing strategy and improve response rates. By conducting a data audit we tested list selections vigorously to validate their ongoing value. We also set up profiling and analysis of customers to better understand each customer segment. Establishing a new acquisition plan helped Officeworks intensify their focus on those business groups that had proven to deliver greater ROI.

Freedom Insurance own a market leading insurance product so it’s no surprise they have considerable acquisition goals . ContactAbility was tasked with driving qualified leads to Freedom’s call centre to help them meet their big dream goals. By harnessing the reach of the ContactMeDirect network we were able to reliably drive large volumes of quality leads every day. Finding people who actually wanted to receive a call from Freedom resulted in a very high conversion rate. Here’s what Freedom Insurance had to say.

Building market share quickly for a newly launched credit card was the name of the game for this campaign. Virgin Money wanted people who would actively consider and apply for cards. More precisely, they wanted people whose applications would be approved. ContactAbility was up for the challenge. Developing an online performance-based strategy delivered a silver platter of new credit card customers to Virgin Money throughout the campaign – week in, week out. Here’s what Virgin Money had to say.